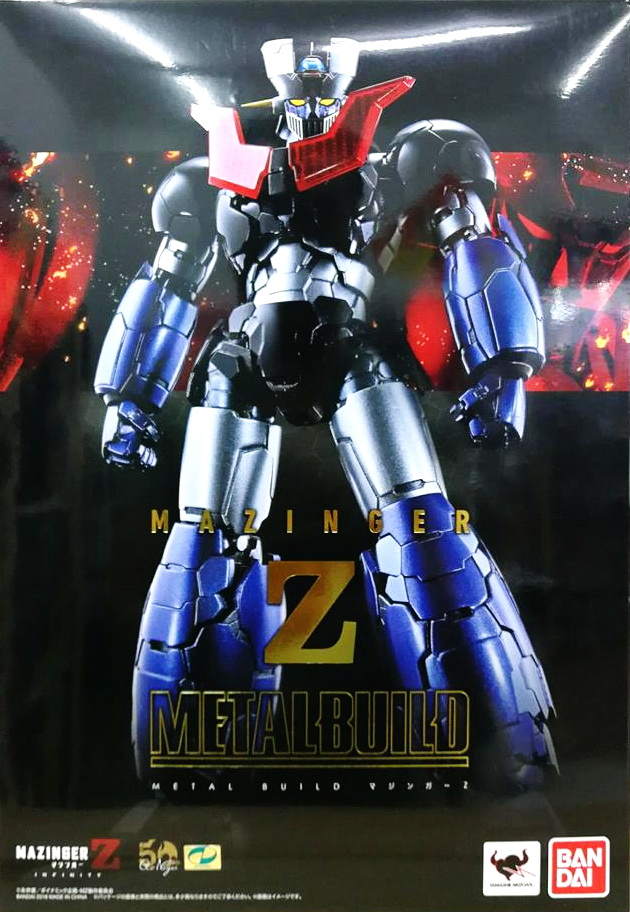 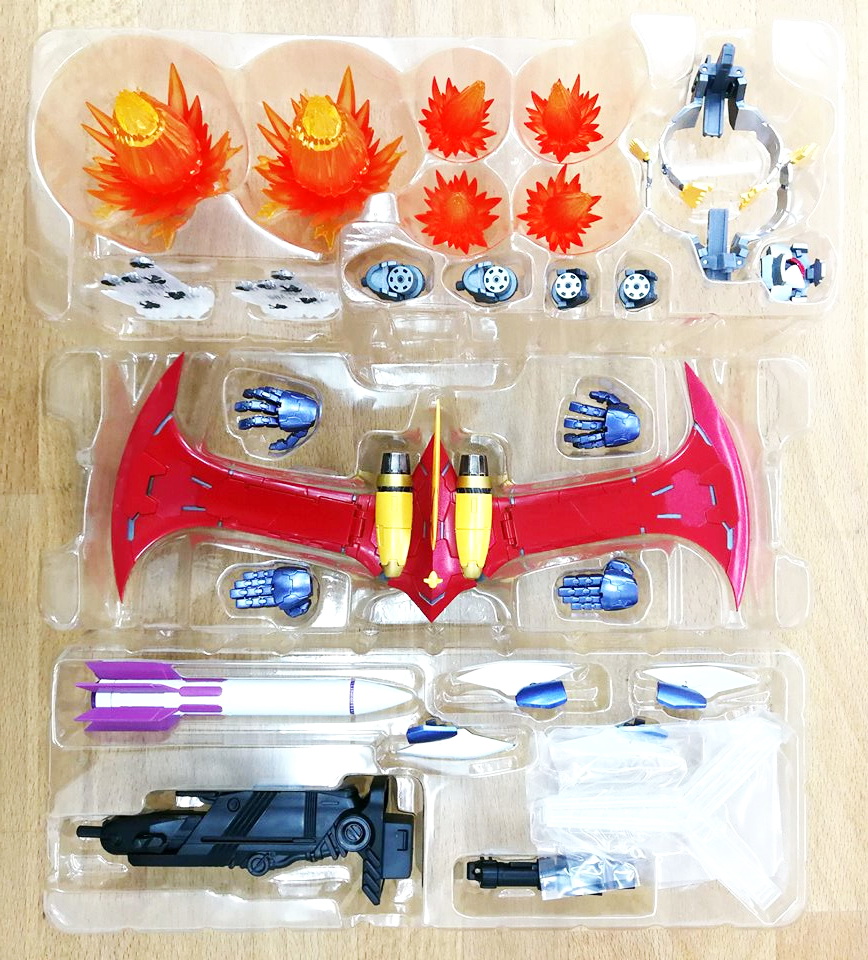 – Mazinger Z appearing in [Theatrical Version Mazinger Z / INFINITY] is arranged in the METAL BUILD version by Mr. Yanase Yasuyuki who handled the mechanical design by himself.
– A more stereoscopic appearance, a brush up to the moving mechanism!
– A lot of optional parts that direct the active in the play are attached, and it is finished in the item boasting high play value.

-STYLING-
Based on the concept design drawn for theater version, arrange armor of each part and arrange it with sharpness.
The design of this work has been adjusted to a simple silhouette that seems like the original Mazinger Z that made the details calm but the METAL BUILD enhances the amount of information based on the conceptual design and attracts as a three-dimensional object It is finished to be something of.
In addition, the coloring distinguishes glossy finish and metallic coloring properly, which brings out the luxurious feeling unique to the finished product.

– Jet Scrander
Jet Scrander can be combined with Mazinger Z, but it can also be exhibited on its own by using a dedicated joint.
In addition, built in the base of the wing, variable wing realized without replacing.