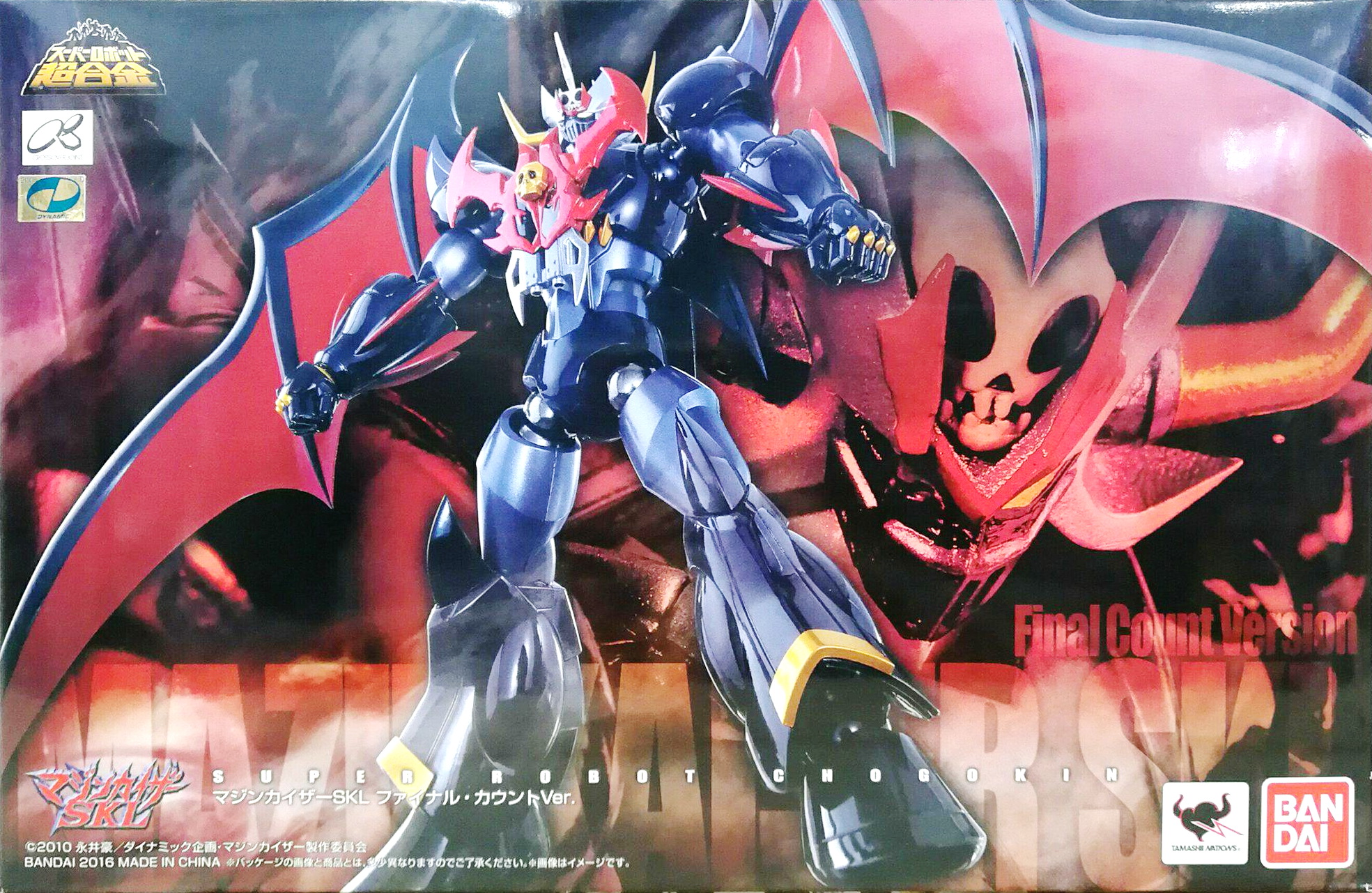 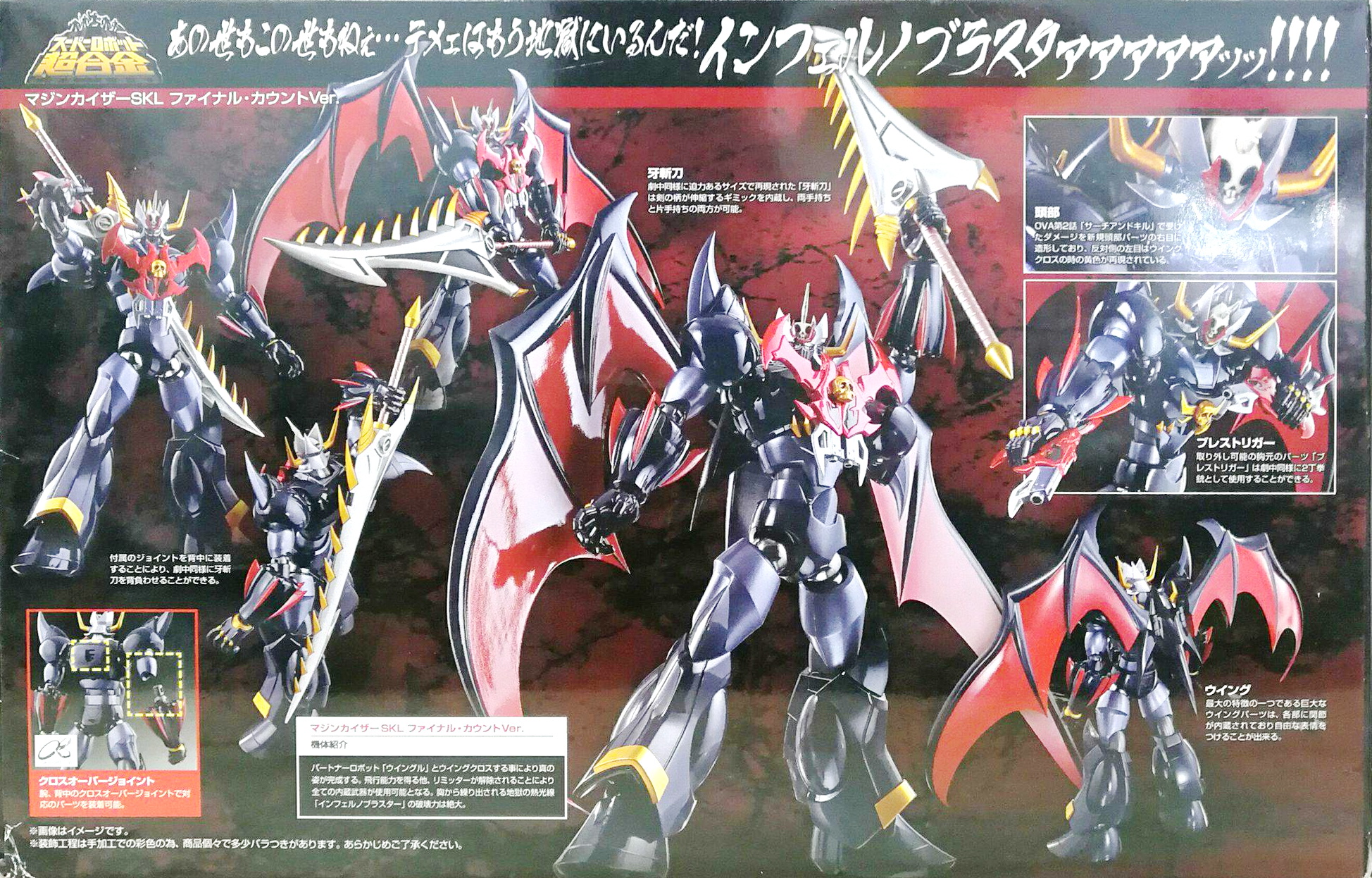 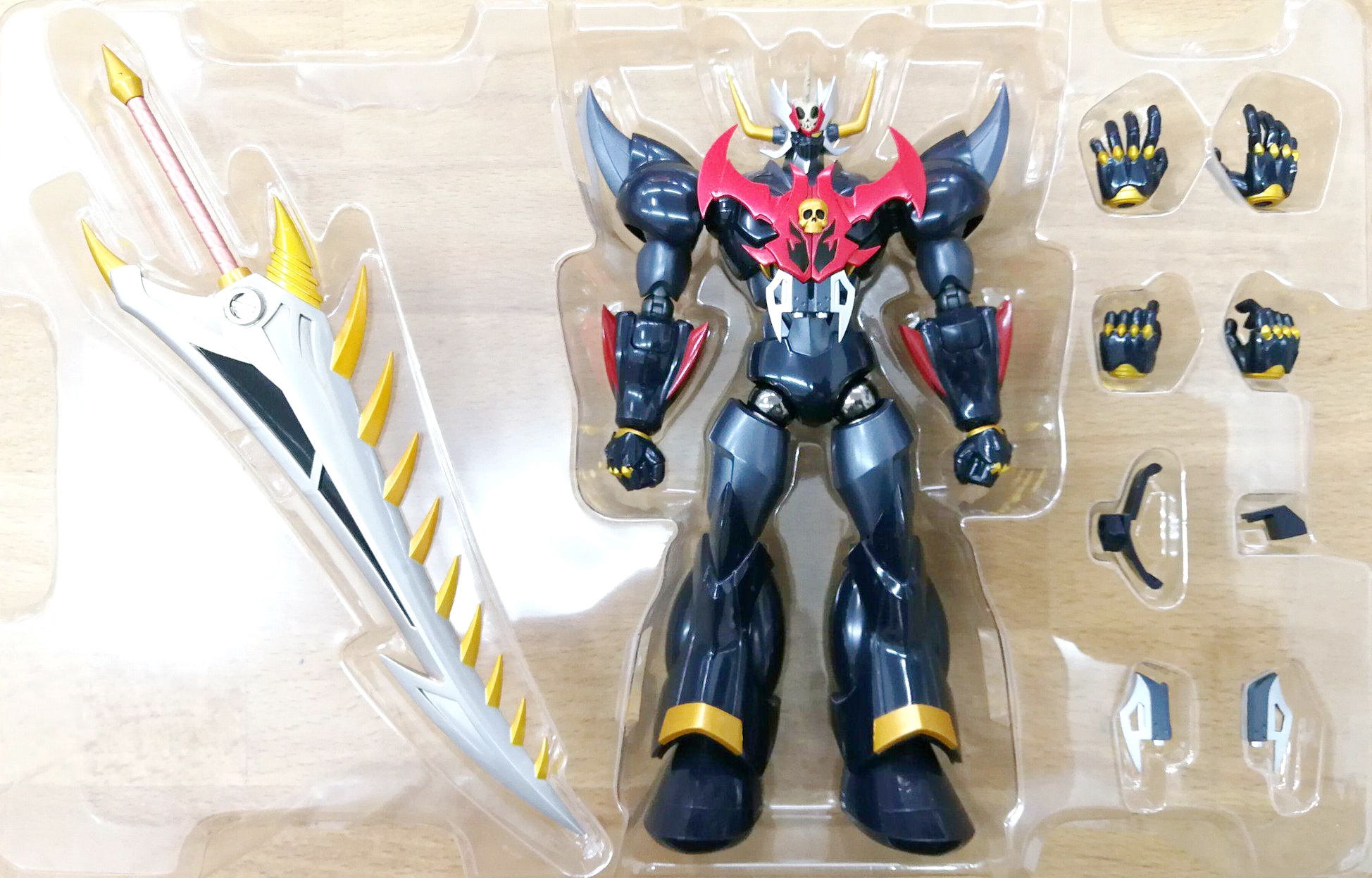 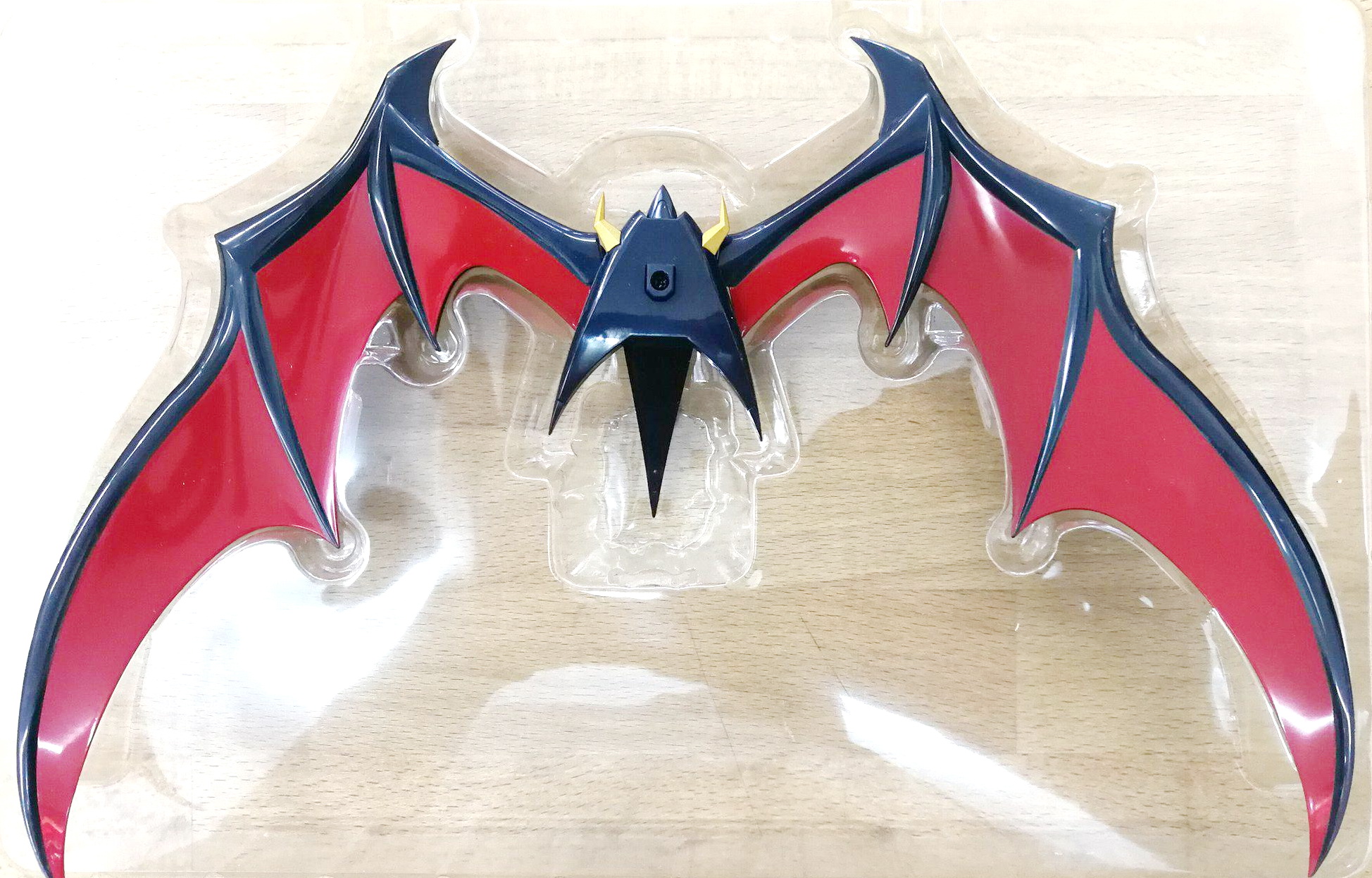 -. With the iconic wings, dark close to the animation of coloring of renewal Ver appeared!

– Mazinkaiser SKL is, re-appeared in the darker color was closer to the main animation of the atmosphere!
– Instead of the previous cloak parts, wing unit that appeared in the third episode is included. Head also has been changed to those wounded in the second half in the play.
– Wing parts, mounted in the Super Robot alloy dedicated CROSSOVER JOINT! Super big size of the total width about 370mm!
– Kibakikatana comes with a new joint parts for piggyback (sword)! [Super Robot Chogokin Mazinger Z ~ iron (Kurogane) finish ~] also used the popular (launched in August, sold separately, 2015), a low-gloss plating that reproduces the texture of the metal to Fang Kikatana.
– Head newbuildings! Reproduced drawn in the last round, the state that was crushed in the right eye at the new shape! The left eye of the opposite side is a change in the yellow at the time of the wing attached.