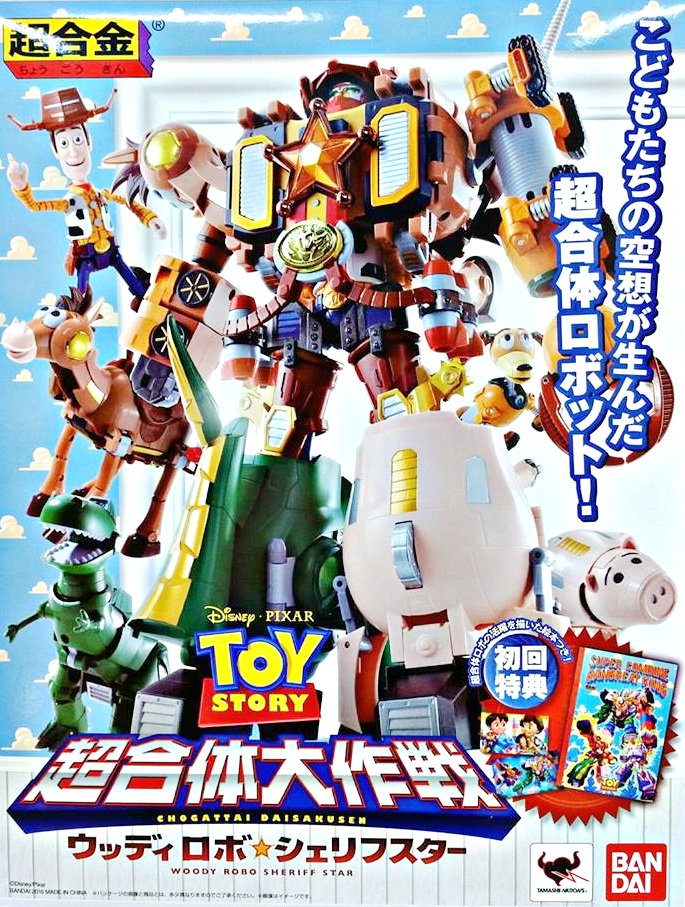 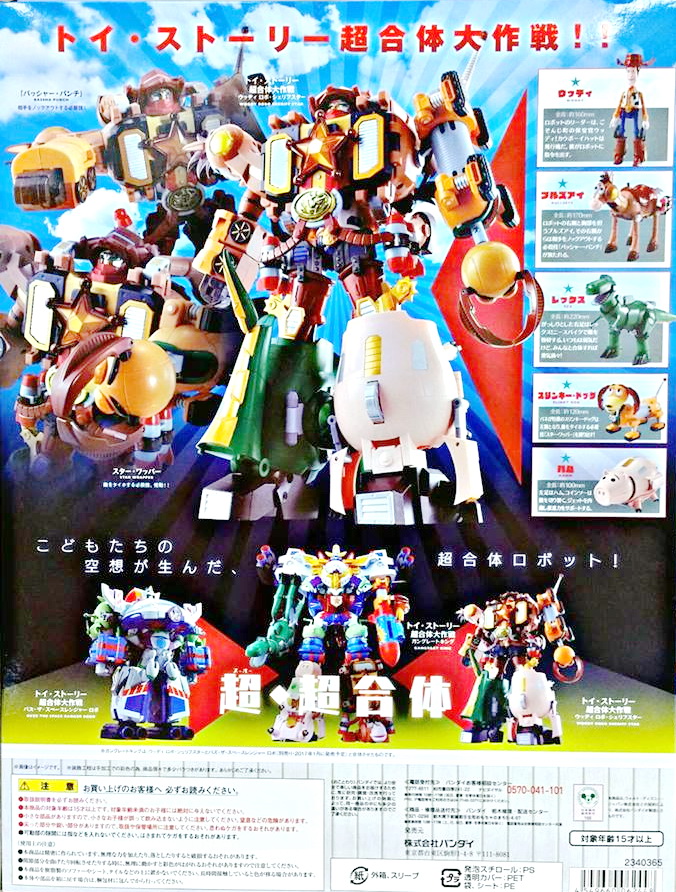 – [Toy Story] series robots popular characters was super coalescence of appeared.
– In technology and arrangements of the superalloy series unique, a robot of a dream, such as children’s fantasy was jammed was completed.
– It is also worth to superalloy original story of Pixar full supervision.

[Woody] Height: about 160mm
– The leader of the robot, Sheriff Woody know the town! Cowboy hat is a airplane. He issues a command of the robot.

[Bullseye] total length: about 170mm
– Bullseye responsible for the right arm of the robot and chest. The deathblow to knock the opponent from the right arm [Basher punch] is emitted.

[Rex] total length: about 220mm
– Is chunky and the right foot Rex! Crushing the enemy in the knee spike. I always’m bearish, courage laden if everyone united!

– First Award: superalloy Toy Story Picture Book
Woody in the first production run of the robo-Sheriff Star, enclosing a picture book that all of the success of Woody who is jammed!